Welcome news from Kevin Hollinrake regarding the A64 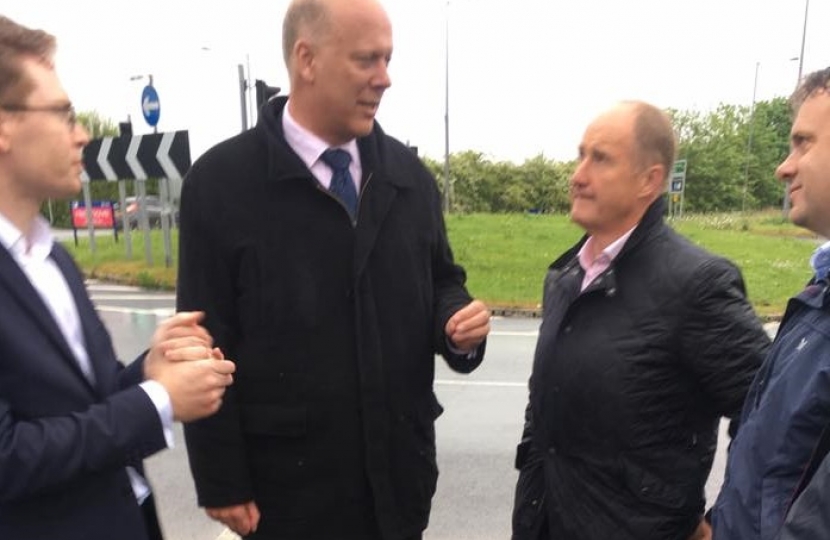 Kevin Hollinrake, Conservative Parliamentary Candidate for Thirsk and Malton, has announced  that some progress has been made towards the dualling of the A64 between York and Malton. He met with Chris Grayling, Transport Minister, and Julian Sturdy in York along with Ed Young, parliamentary candidate for York Central, to discuss moving the funding for the improvement of Hopgrove Roundabout to dualling the A64 towards the Jinnah at Flaxton.