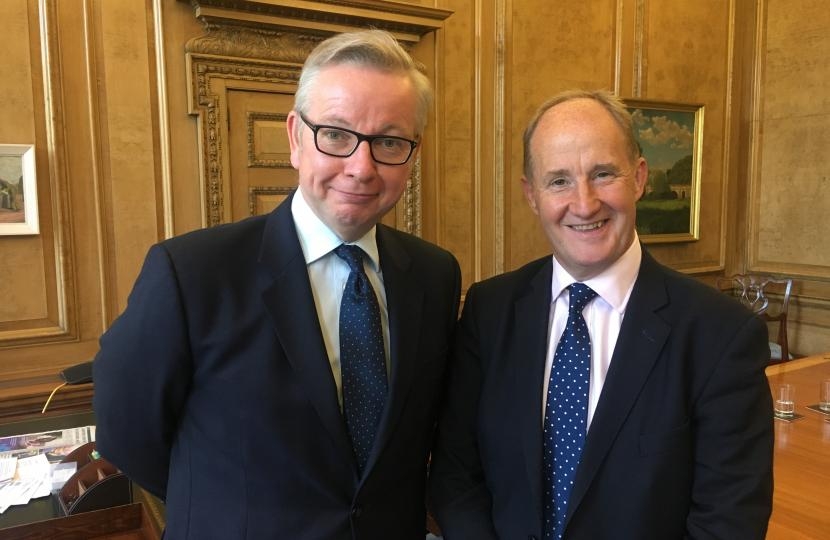 Thirsk and Malton MP, Kevin Hollinrake, has today announced that he has been appointed Parliamentary Private Secretary (PPS) to the Secretary of State for Environment, Food and Rural Affairs, The Rt Hon Michael Gove MP.

Mr Hollinrake was previously the PPS to David Lidington MP when he was Leader of the House of Commons.

The new appointment comes at a crucial time for the food, farming and fishing sector which has particular concerns about future trading opportunities following our departure from the European Union and in terms of a new British agriculture policy.

“I am honoured to be appointed as the Parliamentary Private Secretary to Michael Gove who is seen as one of the leading members in the Prime Minister’s cabinet. The food, farming and fishing sector is absolutely a key industry in the Thirsk and Malton Constituency and I am delighted to have the opportunity to represent their interests wherever I can over this crucial period.”