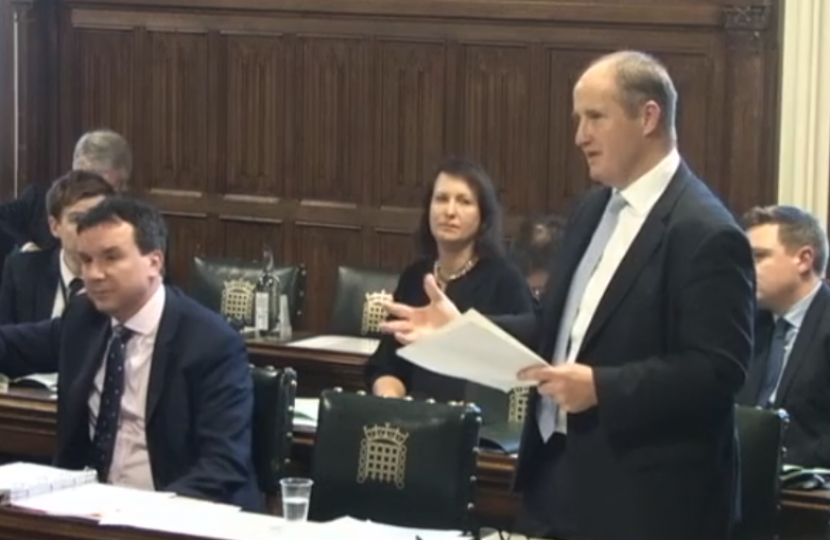 There were many MPs, personally affected by the loss of their child, prepared to share their stories at the Committee stage of Kevin Hollinrake's Parental Bereavement (Leave and Pay) Bill. Carolyn Harris MP, for example, experienced overwhelming grief when she lost her eight year old son in a car accident.

Kevin says: " The suddenness and the unpredictability of losing a child is incomprehensible. I am grateful to Mrs Harris in addition to Victoria Prentis, Antoinette Sandbach, Will Quince and Patricia Gibson for sharing their sad stories, becoming members of the committee and tabling amendments to consider.

My Bill, once it is given Royal Assent, will, for the first time, create statutory protection by giving employed parents the entitlement to two weeks paid leave if they lose a child under the age of 18.

Up to 5,000 children in the UK die each year; it is the most dreadful, often sudden and harrowing loss. Bereaving parents, solely responsible for their deceased child, should be given time to grieve and to make necessary arrangements.

The vast number of employers react brilliantly by acting with compassion and kindness in such a devastating and demanding time for bereaving parents. Some do not; it was heard during the debate that there was even the extraordinary case of parents not being given time off to attend a funeral. There are also examples of bereaved parents being pressured to return to work too soon after losing their child. This is why this statutory protection is so important.

Will Quince MP first brought this issue to the fore in a ten-minute rule Bill on statutory entitlement during the previous parliamentary session. Unfortunately, the order to read the Bill a second time lapsed; it has, however, served as the catalyst to our current progress.

The 2017 Conservative manifesto included the commitment that the Government would ensure all families who lose a baby are given the bereavement support they need, including a new entitlement to child bereavement leave. The delicate nature of the Bill has encouraged cross-party support to combine with Government support. The new Parliamentary Under-Secretary for Business, Energy and Industrial Strategy took the opportunity to reiterate and affirm that the Government stands resolutely behind my Bill.

The Committee stage gives MPs time to examine each line of the Bill and gives them the opportunity to table amendments. The Government and I want to make sure that this legislation is as flexible as possible for parents whilst being fair to businesses. The law, once enacted, will create an element of certainty to businesses and employers. It will also allow the UK to boast some of the best workers’ rights in this area in the world.

We will continue addressing each of the tabled amendments next week in committee. Once again, I am grateful to my constituents who have written to me about this issue, the charities who have met me and proposed amendments and of course my colleagues in Parliament who have shared their very emotive and personal experiences in an effort to get this Bill on the statute book."