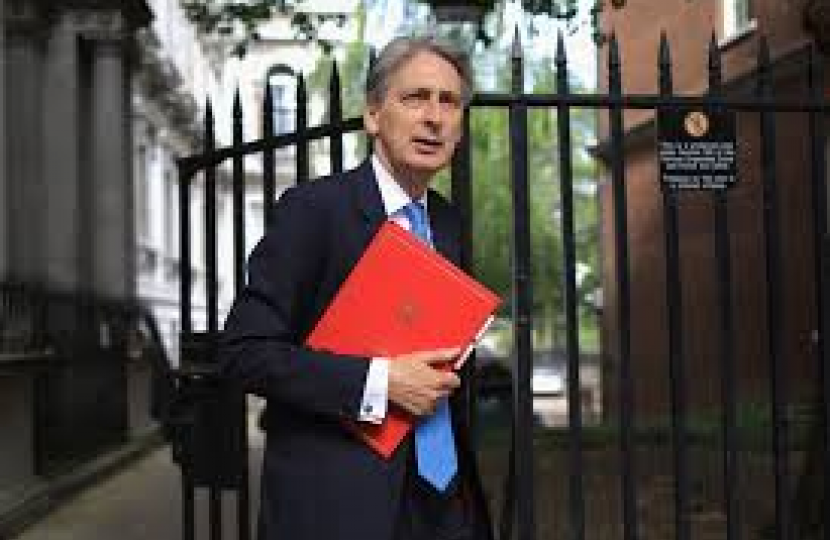 The Chancellor today put addressing the productivity gap – particularly in the North of England - through investment in transport and digital infrastructure at the heart of his Autumn Statement, the last of its kind because, from next year, it will be replaced by an Autumn Budget.

The Rt Hon Philip Hammond said that there would be a £1.1bn extra investment in English local transport networks by 2020- 2021. This would provide new funding to relieve congestion and deliver upgrades on local roads and public transport networks. There would also be £220m to reduce traffic pinch points. The exact details of where this money will be spent is expected to be announced by the Secretary of State for Transport in the next few weeks. Mr Hollinrake said he will be urging Mr Grayling to set some of the money aside for dualling the A64 as far as Malton, which would be great news for businesses and the local economy.

There’s also good news on the broadband front. There will be more than £1bn for digital infrastructure including £470 million through the Digital Infrastructure Investment Fund, targeted at supporting the market to roll out full fibre connections and future 5G communications. This will bring faster more reliable broadband for homes and businesses across Thirsk and Malton and boost the next generation of mobile connectivity.

In another boost for businesses in the constituency, there will be 100% business rates relief on new fibre infrastructure for a five year period from April 2 2017 designed to support the roll out to more homes and businesses "giving small businesses a tax break worth up to £2,900."

The Chancellor also announced that £1.8bn from Local Growth Fund, some of which will also be spent on local roads, will go the English regions of which £556m be set aside for the North of England.

Included in the Autumn Statement was a £2.3 billion housing infrastructure fund to help provide 100,000 new homes in high-demand areas and a further £1.4 billion to deliver 40,000 extra affordable homes.

There will be a rise in the minimum wage from £7.20 to £7.50 from April next year, no welfare cuts and the Universal Credit taper rate will be cut from 65% to 63% from April at a cost of £700m. For people renting their homes, Mr Hammond announced a ban on upfront fees charged by letting agents as soon as possible.

There was also an early Christmas present for drivers as the Chancellor cancelled the fuel duty rise for the seventh year in succession, saving the average car driver £130 and van drivers £350 a year.

Mr Hollinrake said that ‘’the Autumn Statement was very positive in terms of news on the overall economy showing good momentum in the run up to the referendum and resilience afterwards. In fact the UK is predicted to be the world’s fastest growing major advanced economy in the world. We will see lower taxes, particularly for the lowest earners, up to half a million new jobs by 2020 and higher wages through the increase in the National Living Wage. I am delighted to see more money for infrastructure with the biggest share of that going to the North of England. I am also really pleased about the additional investment in 5G mobile technology and more money for ultrafast broadband and I welcome the news about rural rates relief for businesses premises in small villages.”