Kevin Hollinrake becomes the PPC for Thirsk and Malton 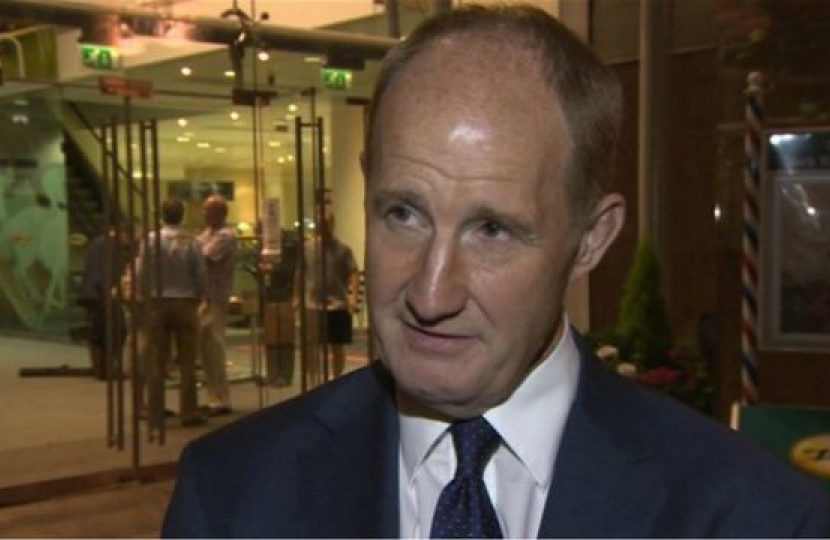 Thirsk and Malton Conservatives have chosen Kevin Hollinrake as their prospective candidate for the next general election.

Kevin, an estate agent, was selected at an SGM of the membership held at York Racecourse on Thursday 24th July.

The four shortlisted candidates were interviewed by the Moderator, Matthew Parris, before taking questions from the floor. After three rounds of ballots, Kevin emerged as the outright winner. Mr Hollinrake was born and bred in Easingwold and still lives in the constituency - in Husthwaite. He said it was a privilege to have been selected. He said the ballot, which lasted around four hours was a “very nerve wracking” process.

“I am delighted to have been selected as the Conservative Parliamentary Candidate for Thirsk and Malton. It is a very important seat and I will now be working very hard to ensure it remains a Conservative seat so I will be able to represent the people of Thirsk and Malton in Parliament." He added: “I want to work hard to help the Conservative Party secure a majority Government in 2015 to build on the great things achieved by David Cameron and the party since the last election.”

Mr Hollinrake, 50, is married to Nicky and they have four children. He is the Managing Director and co-founder of Hunters Estate Agents, and current vice-chair of governors at Easingwold School.

A keen sportsman, he plays rugby union, cricket and golf and enjoys socialising and reading.

The estate agent was previously selected in 2008 to fight for Dewsbury in the 2010 election. But following the crisis in the housing market in 2008 he withdrew from the race, which was eventually won by his Conservative successor, Simon Reevell MP.

Kevin says he is keen to use his 20 years’ of business experience to fight for the small business owner.

He said: “I see things from a business perspective, and at times things you see coming from Westminster and Europe need a greater understanding of how business works.

“I’m a massive advocate and support of small business and entrepreneurship and keen to help where I can.”

Other priorities include tackling rural poverty, creating affordable housing, transport issues, increasing the accessibility of broadband and raising the minimum wage in line with the living wage.