An evening with Ann Widdecombe 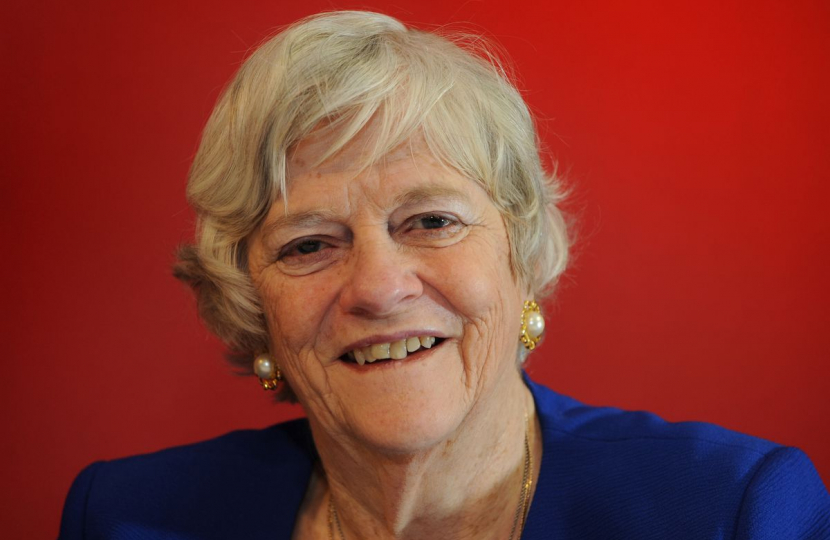 The Officers of Thirsk and Malton Conservatives are pleased to invite you to the Association Dinner where our special guest will be Ann Widdecombe.

Ann was without doubt a formidable force in the world of politics for more than 30 years, inspiring respect and just a little bit of fear at times and will need no introduction to most of you:
Born and educated in Bath in 1947, Ann read Latin at the University of Birmingham and later attended Lady Margaret Hall, Oxford, to read philosophy, politics and economics.  She worked briefly for Unilever and then as an administrator at the University of London before becoming a councillor and then standing for several Parliamentary seats - finally becoming the MP for Maidstone in 1987.
She held several ministerial positions in John Major's government and was Shadow Health Secretary and Shadow Home Secretary when the Tories were in Opposition.
At one point she considered standing for the Leadership of the Party and in 2009 she made it to the second round to be the Speaker of the Commons following the resignation of Michael Martin.
She stood down as an MP in 2010 and was of course an avid Brexiteer.
She left the Conservatives in 2019 and was elected as a Brexit Party MEP for the South West of England in 2019 until the UK left the EU.
Ann supports many charities and organisations and has, since closing the door on her political career, found renewed fame and love for life in a very different field, making many media and TV appearances including her much- remembered 10 week stint on Strictly back in 2010!
She has also appeared on stage and has been seen on television in many different settings including documentaries about crime and hosting quiz and political shows.  She is also an author, having written several works of fiction.

Ann is known for her forthright views (which thankfully we are used to in Yorkshire!), and there is no doubt that she promises to be an interesting and entertaining speaker so we do hope that you will be able to join her and our MP, Kevin Hollinrake for this special event.

Tickets are £60 each for Members and or/ Members' guests and are priced at £40 for under 25s. Full details and a reply slip can be found here.

The evening starts at 7.30pm, the dress code is lounge suits and because this is a Conservative event, there will of course be a raffle as well as a small auction to raise funds for our future campaigning.
To book a place please call the office on 01653 693502